Prostate Cancer and the Gleason Score

Many thanks to Prof Hema Semaratunga from Aquesta Pathology, who has kindly written our guest blog this week. In the following article Hema discusses some issues related to the Gleason score. As some of you might be aware the Gleason score is one of the characteristics we used to determine what type of prostate cancer a man has. The score is made up of two numbers: the first refers to the most common pattern present and the second is the next most common pattern present either on a prostate biopsy or after surgery to remove a cancerous prostate. As well the Gleason grade, other important features when dealing with prostate cancer include the stage (how the prostate feels) and the PSA (prostatic Specific Antigen) at the time of diagnosis. 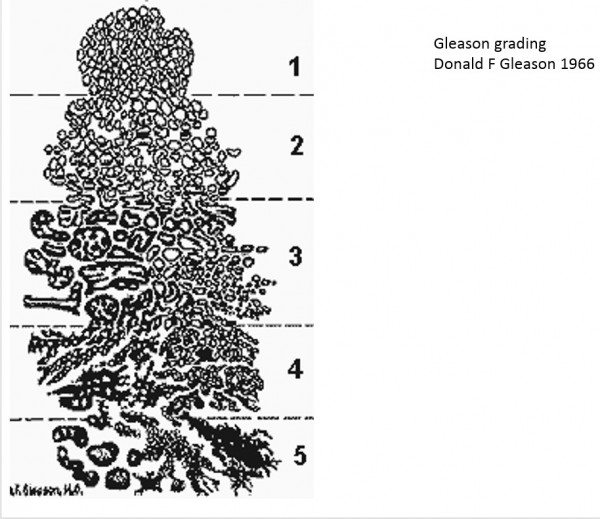 The most common Gleason score that I see locally on the Gold Coast and around Brisbane is 3+4=7. In essence, this means that there is more pattern 3 cancer than there is 4. A 4+3=7 is obviously the reverse of this and as a results is a more aggressive type of prostate cancer. The score ranges from 3+3=6, which is the least aggressive through to 5+5=10, which is the most aggressive form of disease that we see.

Pathologists decide on a Gleason grade after looking at a specimen under a microscope. It is the shape and arrangement of prostate cancer glands which determines the score. Obviously the experience of the pathologist is paramount when reviewing specimens to ensure the most accurate grade is given which in turn facilitates the most appropriate treatment.

Prostate Cancer and the Gleason Score by Prof Hema Semaratunga

Prostate cancer is the commonest visceral (non-cutaneous) malignancy and the third most common cause of cancer deaths in males. Next to stage at presentation, the Gleason grading system is the most powerful prognostic indicator of prostate cancer. This system was introduced in 1966 by Donald F Gleason. Gleason grading is based on the architecture of the tumor and not on cytology. This grading system has five grades, well differentiated to poorly differentiated labelled 1 to 5. The dominant pattern is the primary pattern and the sub-dominant pattern the secondary pattern. These are added to give the Gleason score. Gleason score 6 (3+3) or less is known to have an excellent prognosis. In other cancers, the higher the Gleason score, the worse the prognosis. 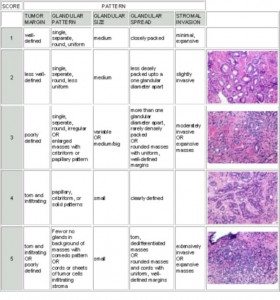 It is a long time from the Gleason era. Since 1966, PSA testing has been introduced, immunostaining became available for diagnosis of difficult cases of prostate cancer cases and most prostate cancers are not advanced at presentation now. To take into account, ongoing changes, Dr Donald Gleason himself introduced certain changes to the Gleason grading system in 1972. There has been considerable change in practice relating to Gleason grading in the last 10 years. To reflect current practice, the International Society of Urological Pathology (ISUP) introduced major changes to this system in 2005.

Prostate cancers with a Gleason score >3+3 have a worse prognosis increasing with the score, reflected in cancer stage at diagnosis, possibility of surgical margin involvement, seminal vesicles involvement and lymph node metastases at radical prostatectomy and risk of biochemical recurrence.