Prostate cancer affects all kinds of men – brothers, sons, fathers, uncles and even high profile people. The unfortunate truth is that you can never be sure that it won’t affect you. Thankfully prostate cancer has one of the highest cancer survival rates. Below are just a few stories of celebrities who have experienced prostate cancer.

Robert De Niro
Oscar Award winner, Robert De Niro took the most effective approach to prostate cancer – getting checked early. After his father died from prostate cancer De Niro knew the risks and was well prepared. As a result of regular check-ups and a proactive healthcare program, his cancer was caught early and he received immediate treatment. He went on to make a full recovery by 2011 and recently starred in the very funny Las Vegas. Even James Bond has experienced prostate cancer. Roger Moore, the longest serving 007 actor, discovered he had prostate cancer in 1993. After having a radical prostatectomy he made a full recovery but has said the experience changed his life. In his autobiography My Word is My Bond, he recalled “I had plenty of time to think about my life and how close I had been to losing it […] the seeds for life change had been planted and were beginning to grow.”

Nelson Mandela
The former President of South Africa and Nobel Peace Prize winner Nelson Mandela was diagnosed with microscopic prostate cancer in 2001. After seven weeks of radiation therapy Mandela’s cancer was successfully treated and did not affect Mandela’s life expectancy. He died only recently at the age of 95 on the 5 of December 2013, after suffering from a prolonged respiratory infection. 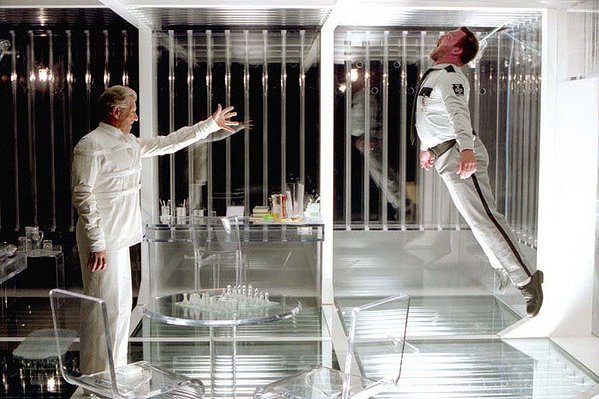 Gandalf and Magneto went through it too. British actor Ian McKellen, well known for his roles as Gandalf from Lord of the RIngs and Magneto from X-Men, was diagnosed with prostate cancer in 2005. McKellen has a slow-growing type and has so far been able to live healthily with the disease without treatment. His cancer has not spread to other parts of his body and he is examined regularly to ensure it remains contained.

Dennis Hopper
Dennis Hopper was a multi-talented actor and director whose career spanned over more than 5 decades. Dennis was diagnosed with prostate cancer in 2009. Sadly he died 9 months later after his cancer metastasized to his bones and he was too weak to continue chemotherapy. Before his death he received a star on the Hollywood Walk of Fame and will be remembered for his incredible contribution to cinema.

After having his prostate removed in 2004, the “Godfather of Soul” was back onstage within just a few weeks. James Brown announced he had been diagnosed with prostate cancer in December 2004 and had a radical prostatectomy later that month. His recovery was impressive and he went on to complete his Seven Decades of Funk world tour not long after the surgery. James later died of congestive heart failure at the age of 73.

The Godfather of Soul, Gandalf and 007 may seem invincible on screen but they, like many men, experienced the very real struggle of prostate cancer. If you or your partner have prostate cancer symptoms or are over the age of 50 book an appointment with your doctor today.

How do you evaluate which treatment option is best for me? As part of the…